A World Class Vocalist and Percussionist 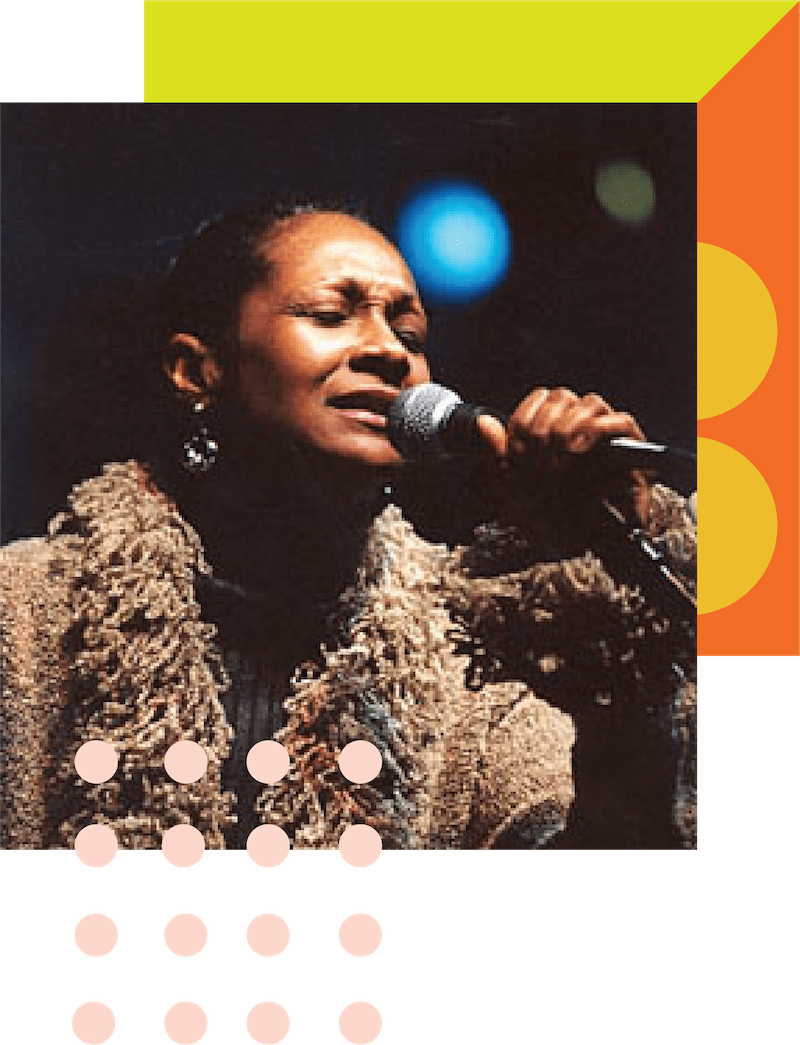 As a vocalist, you could not ask for a more world class virtuoso. Imani has been on numerous recordings and there is no question that the music she conjures follows the same route. Her illustrious talents have graced many albums and soundtracks, including the National Geographic Television’s Explorer Series, most notably the Emmy-nominated film, Jane Goodall: My Life with Chimpanzees. She has also graced the stages of many festivals and venues, such as the New Orleans Jazz & Heritage Festival, Curaçao Jazz Festival, San Antonio Jazz Festival and the Montreal International Jazz Festival.Born in South Carolina, Imani has been singing since the tender age of 5. She sang with various groups in the area from her early childhood through high school. While attending the University of South Carolina she began to perform professionally in musical theater and in a local dive, Bogie’s Café. After graduating with a B.A. in Journalism, Imani moved to Boston to pursue her music. She took voice training at the New England Conservatory of Music and the Berklee School of Music, where she met and was inspired by Pat Metheny.

Seeking out all of the jazz haunts in New England, Imani was introduced to the likes of Carmen McRae, Sarah Vaughan, Yusef Lateef, and Richie Havens, who influenced and encouraged her to go forth with her music. Imani went on to sing at local clubs and colleges until moving to Washington, D.C. She trained at Howard University under Dr. Napoleon Reed (one of the first world renowned African-American opera singers). It was here that Imani came into her own.

In pursuit of diversifying her sound, Imani became interested in world music while using her voice as an instrument. During this time she became interested in playing hand percussion. Over the years, Imani has had the opportunity to hone her art through working, performing and recording with artists like the World Music Ensemble on Celebration (Mapleshade Productions), Jeff Order on Of Ancient Wisdom (Order Records), Djimo Kouyate on Goree, ODADAA on Children of the Ancients, and Antonio Parker on The Exchange (Interchange Records). Imani has worked with renowned artists like Hilton Ruiz, Eddie Allen, Talib Kibwe, Wycliffe Gordon, Stephon Harris, and Djimo Kouyate. She has had the honor of performing, touring, and recording with Wynton Marsalis and Jazz at Lincoln Center Orchestra. Imani is also featured on their new CD release Congo Square (Jazz at Lincoln Center). Since 1989, she continues to be the first and only American to perform and tour with the traditional Ghanaian ensemble Yacub Addy and ODADAA.

On her 1997 debut album, Collage, Imani’s supple and warm voice casts a nearly album-length spell as it gracefully moves through the textured arrangements, infusing the spiritual, romantic and topical themes with emotional power and sensitivity. Her 1999 release, Between Here and There invites us to follow her not only through an out-of-the-ordinary jazz repertoire, but also through sounds and impressions of distant places and times. Imani’s new release Calling You is a magic, sonic aura that conjures up frame after frame of evocative images that will make you say whoo! Whether it’s opening for Joe Lovano, Arturo O’Farrill and the Lincoln Center Afro-Latin Jazz Orchestra, Roy Ayers, Jerry Gonzalez and the Fort Apache Band, or as a headliner, Imani is the answer to a jazz fan’s prayers.